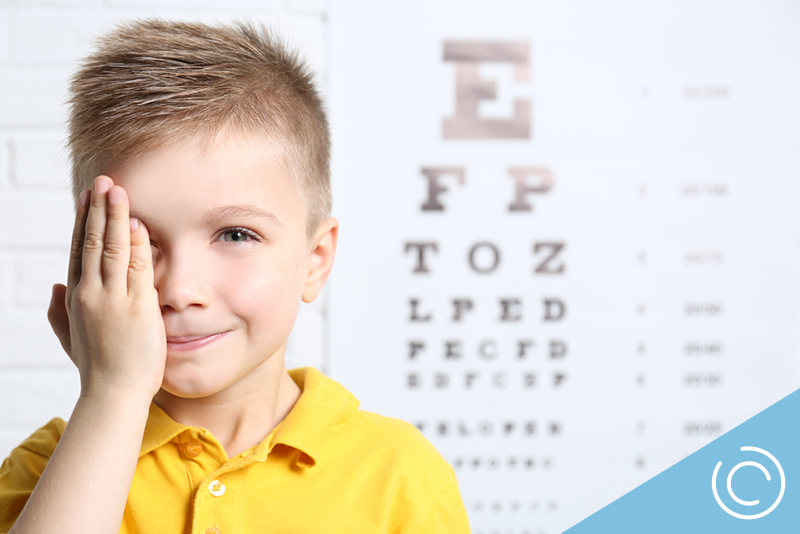 What is Computer Vision Syndrome

Computer Vision Syndrome (or CVS) is a condition that is used to describe a whole range of eye strain related conditions. Symptoms of CVS range from headaches and back pain, right through to blurred vision and severe eye strain. It is reported in both adults and children, and is linked to heavy computer and digital screen usage. As the use of digital media becomes more pervasive within society, reports of CVS are rising.

For children especially, CVS can be a major concern as many of the symptoms are linked to over-exposure of blue light. Blue light is emitted naturally from the sun, and in small doses carries minimal optical risk. However, it is also emitted from all digital screens, and prolonged exposure can be damaging to young eyes. A report released in 2017 by Common Sense Media indicated that children between 0 and 8 years old are spending, on average, 2 hours and 19 minutes a day on digital screen media. This is over double the one hour recommended by the American Academy of Pediatricians for 2 to 5 year olds. As young eyes are more susceptible to developing CVS, it is important to limit screen time in order to mitigate the risks of developing symptoms.

According to a study run by the National Eye Institute and published in the December 2009 issue of Archives of Ophthalmology, it was found that the prevalence of nearsightedness among Americans has increased from 25% to 41.6% over the past 30 years; and this problem is not about to be fixed anytime soon. It has been stated that by 2050 half of the US population will be nearsighted. This indicates that prolonged exposure to screens from an early age increases the risk to young eyes for myopia and eye strain. This development is not only due to protracted exposure to blue light, but also to the changing social behavioral norms that are increasingly favoring inside activities over outside pursuits.

Indeed, the less natural light your eye is exposed to, the less dopamine that is released. Dopamine has been shown to decreases the chances of developing nearsightedness, and can limit the chances of you passing on the disease to the next generation.

In order to prevent eye strain and the risk of myopia for children, consider the following advice:

- Control the luminosity of the screen. Blue light is harmful for the eyes so make sure to control it by using an app, wearing computer lenses, or adding photochromic lenses if they already have prescription glasses.

-Control luminosity in the room. While playing video games or working on the computer always take advantage of the natural light in the room during the day, or turn on the light in order to reduce eye strain (or in the long term, myopia).

- Limit screen time. The screen time for children (between the ages of 2-5) should not be more than 2 hours a day, with regular short breaks during that time, to prevent CVS developing.

- Limit the time spent in front of the screen and apply the 20-20 rule: Give the eyes a break every twenty minutes for 20 seconds in order to give the eyes a moment to completely relax.

- Make sure that the chair the child is using is the right size so their feet can touch the ground. Pay attention on the distance between their eyes and the screen, which should be 40 to 76 centimeters.

- Schedule an eye exam at least once a year.

Should you have any questions related to other eye health related subjects, ask our opticians! Not a member? Register

Your Facebook E-Mail address is already in the system

Enter your SmartBuyGlasses account details below to link your accounts.

Please enter your email below. We'll send you a link to reset your password.

We've sent an email with instructions on how to reset your password.

If you don't receive instructions within a few minutes, check your email's spam and junk filters.

You are all set!

Visit Membership
Loading...
git We use cookies to improve our service and to create a more personal shopping experience at SmartBuyGlasses.com

I agree to the collection and use of images of my face for Virtual Try-On.

By clicking Continue and using this technology, I consent to the capture, processing and storage of images of my face (biometric data) for the sole purpose of showing virtual eyewear on my face and providing customized information about eyewear in accordance with our Privacy Policy. Privacy Policy